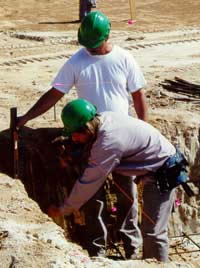 North Carolina has a long history of inmates working on public construction projects. In 1870, inmates began construction of the State Penitentiary in Raleigh. The castle-like structure, which later became known as Central Prison, was completed in December 1884.

Working under the direction of the penitentiary warden, Col. William J. Hicks, inmates completed the state's third governor's residence in 1891. The Executive Mansion in downtown Raleigh is still home to North Carolina's governor and remains one of the state's finest examples of the Queen Anne style of Victorian architecture.

Throughout the 1920s and 1930s inmate labor helped build North Carolina railroads and highways, leading to the state's nickname as the "Good Roads State." 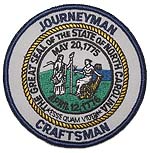 About 200 inmates are enrolled in the program, allowing them to participate in an apprenticeships certified by the N.C. Department of Labor. Inmates work toward journeyman's certificates in various construction trades. Many graduates of the Inmate Construction Program are successfully employed in the construction industry. A few have started their own contracting businesses after their release.

Since 1993, the Inmate Construction Program has completed many projects including the following: 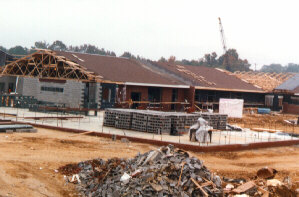 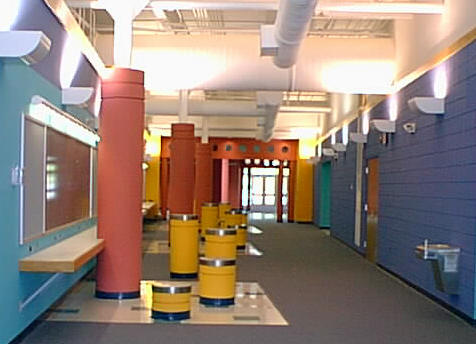 Apex Staff Training Center and Warehouse
The Inmate Construction Program completed demolition and renovation of an existing building in Apex. The building now houses  offices for both the Office of Staff and Development Training (OSDT) and the Central Pharmacy. The existing building was an old manufacturing facility, which was completely gutted except for the four outside walls, floor and part of the roof. The new facility was completed in July 2000 and is more than 55,000 square feet. Prior to completing this building, a 52,900 square foot commodity storage warehouse for Correction Enterprise was renovated and finished in March at the same location. The total renovation cost for both buildings was approximately 6.7 million dollars. More than 150 inmates were used in the renovation and construction process under the direction of Central Engineering construction supervisors. 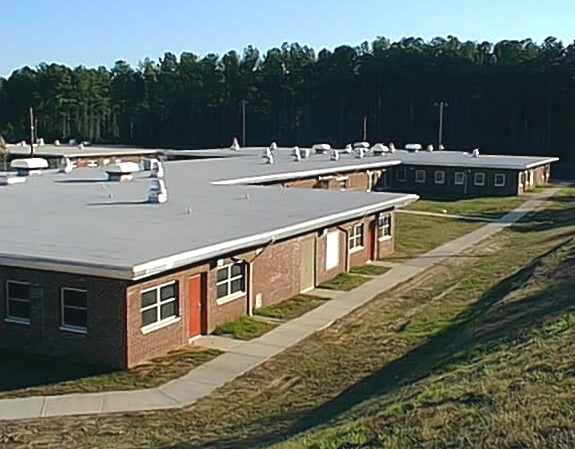 208-bed dorm at N.C. Correctional Institution for Women
The Inmate Construction Program completed a 208-bed dormitory at the N.C. Correctional Institution for Women in Raleigh in August 2001. Groundwork on the 4.4 million dollar dormitory addition was started in February of 2000. Approximately 85 inmates under direction of Central Engineering construction supervisors were used in the construction of the 33,000 square-foot dormitory.

Columbus Tailoring Plant
With the help of 52 prisoners, the Correction Enterprise sewing plant was built behind Columbus Correctional Institution in 1999.  After the footings and columns were in place, a contractor assembled the steel trusses at the construction site. Two large cranes hoisted the steel girders into place. The girders were 136 feet across from one edge of the building to the other. The inmate construction crew  prepared the plumbing and electrical work and poured the flooring.