Mack Jarvis, the former Secretary of Correction from 1997-98 and lifetime correctional professional, died at his home in Hudson on June 3. The 82-year-old left a lasting legacy in adult correction both in western North Carolina and the state, and was the first person to rise through the ranks from correctional officer to secretary. 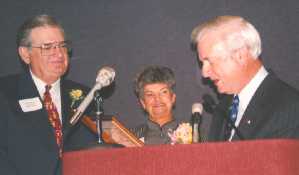 Gov. Jim Hunt named Jarvis secretary of the Department of Correction on Jan. 17, 1997 following the promotion of former Secretary Franklin Freeman as the governor's chief of staff. Gov. Hunt said at the time, "I have chosen Mack Jarvis for his thorough knowledge and experience in running successful correction programs and for his commitment to safe prisons and making the probation and parole offices more effective. Mack is a standard bearer for excellence and professionalism in state government."

Jarvis began his correctional career in 1959 as an officer at Caldwell Correctional Center in Hudson. He held a number of positions during his career, including prison superintendent of Avery, Watauga, Stokes, Western and Piedmont correctional centers. He was a program director for the Western Area (now Region) Office, then area administrator in 1977. Jarvis developed a comprehensive training program for correctional officers for the former Western Youth Institution before it opened in 1970. Jarvis served as deputy secretary from 1993 to 1997.

Gov. Hunt recognized Jarvis at his retirement on Sept. 18, 1998. More than 500 people attended the event.

"Making it to the top takes a lot of hard work. It takes the right attitude, it takes co-workers who believe in you," said Gov. Hunt at the event. "And surely nobody in the history of the Department of Correction has ever had more friends and more respect in this department and earned it than Mack. That kind of leadership is hard to come by, and it’s made him one of the top leaders in state government."

Gov. Hunt presented Jarvis at the event with the state’s highest civilian honor, the Order of the Long Leaf Pine.

After he retired, Jarvis worked as a consultant in the correctional industry, including service on the Governor’s Crime Commission. 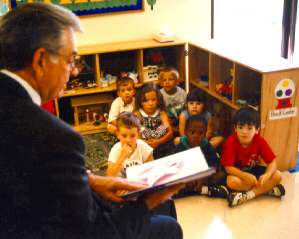 Education and corrections were also important to Jarvis. He was instrumental in the origination of Smart Start. At a 1997 ceremony to recognize Officers of the Year in Corrections and Probation and Parole, Jarvis said, “Crime and poor education go hand-in-hand. Eighty percent of those in our prison system test below a 12th-grade education. Over half read below an eighth grade level when they come to prison … We must reach out to children in the early years, while they’re still in daycare. That’s why Gov. Hunt’s Smart Start program is so important. It’s about quality child care, early childhood education and health screenings.”

Due to the COVID-19 pandemic, a private graveside service will be held, and a memorial service to celebrate his life will be scheduled later.