The 24-Hour Watch – The Eyes and Ears Behind the Scenes of N.C. Emergency Management

“The 24-Hour Watch aims to be the eyes and ears of North Carolina Emergency Management, with complete situational awareness of all goings-on across the state,” said Amanda Winans, 24-Hour Watch Manager and State TERT Coordinator. “All information that comes into the Watch is pushed out in some way or another; our goal is that information never stops with us.” 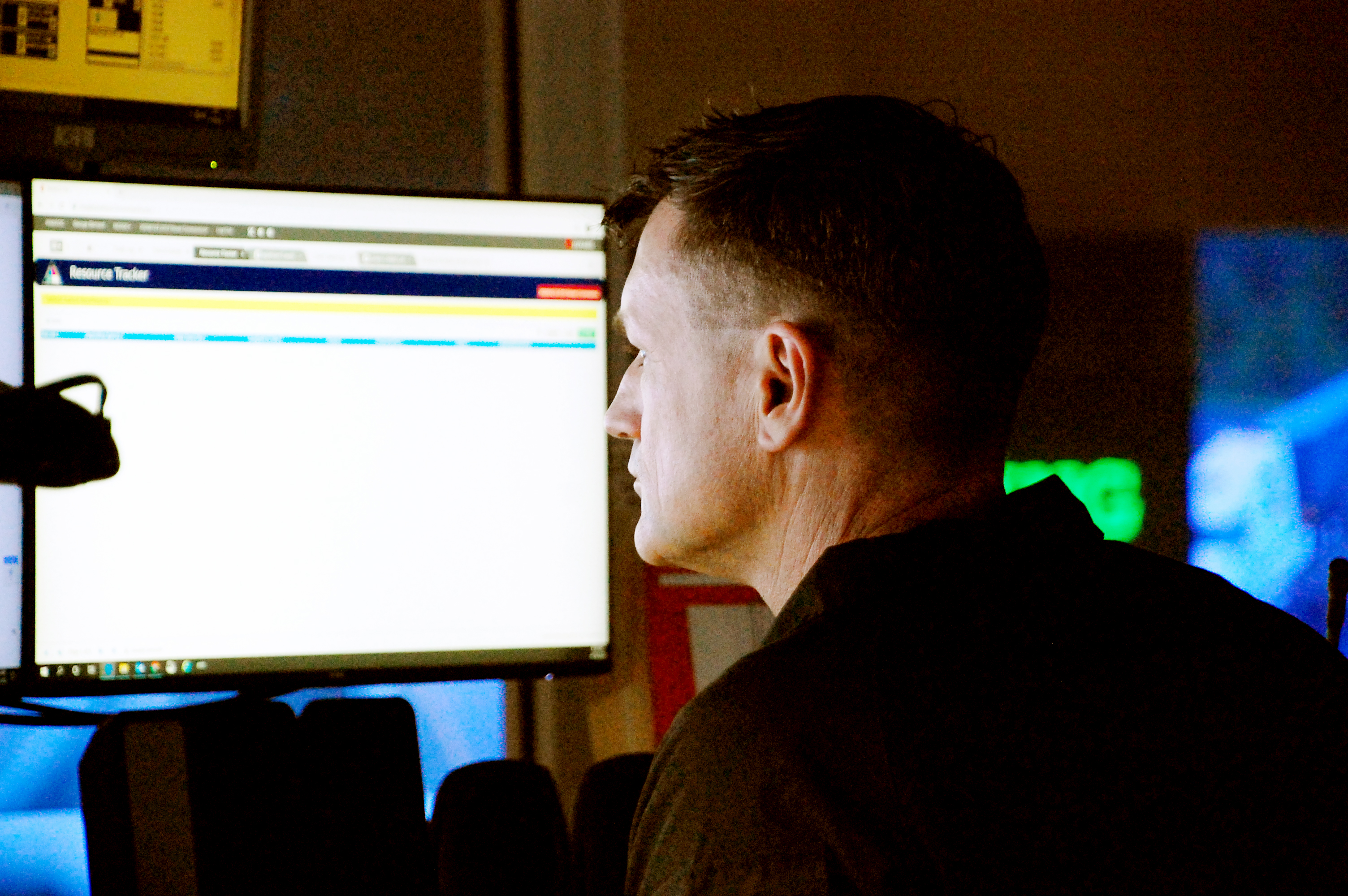 The Watch has nine full-time watch analysts who cover three eight-hour shifts to provide 24-hour coverage, with two analysts on duty at any given time. These analysts follow a series of operational guides, based on the type of incident, which outline the threshold and criteria for who needs to be notified that an incident has occurred. For example, any incident involving live animals is reported to the N.C. Department of Agriculture; any spill of hazardous material that has the potential to reach surface waters would be reported to the Department of Environmental Quality’s Division of Water Resources.

Winans’ explains that in addition to information sharing, the Watch has been nicknamed “the 912 of the 911 world.” People call 911 when they need assistance, and when 911 and other public safety agencies need help they call the Watch. For instance, the Watch also receives requests for state resources such as Hazmat Regional Response Teams (RRT) and the N.C. Helicopter Aquatic Rescue Team (NCHART), coordinating and dispatching those resources to the agency in need. The Watch provides a myriad of other resources, as well, including hazardous plume modeling, Wireless Emergency Alert (WEA) capabilities and Telecommunicator Emergency Response Taskforce (TERT) support, just to name a few.

The most common types of incidents analysts handle are hazardous material calls, search and rescue missions reported by local agencies, and reports from members of the public about a variety of issues, usually hazmat or environmental concerns. In addition to receiving calls for service, a majority of reports they receive are for situational awareness only. More recently, the Watch has seen the need for an increasing amount of open-source monitoring for civil unrest activity.

Winans joined the Watch in January 2019 and became the manager in June 2020. She began her career in public safety six years ago as a sheriff’s office dispatcher in Ohio before relocating to North Carolina, where she became a full-time telecommunicator at the Durham Emergency Communications Center, one of the state’s busiest public safety answering points (PSAPs). During Hurricane Florence Winans had the opportunity to work as a 911 liaison with the Durham Emergency Operations Center. She continues to work as a part-time telecommunicator at her former PSAP.