The Division of Adult Correction and Juvenile Justice has named Tom Brickhouse as the new warden of the Pasquotank Correctional Institution in Elizabeth City.

Brickhouse, 49, had been the warden at Hyde Correctional in Swan Quarter since 2019. 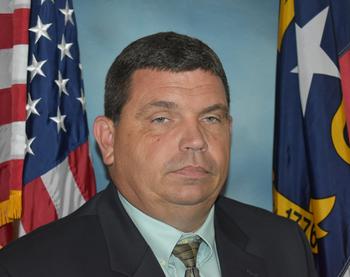 “Warden Brickhouse is a hardworking, vastly experienced leader,” said Todd Ishee, Commissioner of Prisons. “He is an outstanding professional with top-notch communication skills who balances his compassion and dedication with a no-nonsense attitude. He is a man who earns respect.”

In his new position, Brickhouse is responsible for all operations the prison, which houses close and minimum custody adult males in a close custody building and a minimum custody unit.

The prison is comprised of four buildings, which include a visiting area, recreation area, dining hall, warehouse, vocational and academic classrooms, medical and mental health offices, and administrative offices.

“I have good jobs for good people who are interested in a career in public service, to protect their communities,” he said. “The prison has some excellent staff members who need dedicated colleagues to join them in their mission.”

A veteran employee to state government, Brickhouse has worked at seven prisons during his career, some several times.

He began his career with the Department of Public Safety in 1994 as a correctional officer at Odom Correctional Institution and rose through the ranks over the next decade.

Brickhouse was named warden at Hyde Correctional in 2019 and did double-duty as the warden at Tyrrell Prison Work Farm for most of the past year, from August 2020 to April 2021.

A Tyrrell County native, Brickhouse is a certified general instructor for the Department of Public Safety and holds certifications for specialized fields of instructions such as firearms, control restraint and defensive tactics (CRDT), and OC pepper spray.

His hobbies include raising horses and cattle and spending time with his family.