The Division of Adult Correction and Juvenile Justice has named Stephen Jacobs as the new warden of Scotland Correctional Institution in Laurinburg. 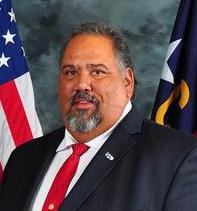 Jacobs, 53, had been the warden at Tabor Correctional Institution in Tabor City.

“Warden Jacobs is taking on the challenge of leading his fifth North Carolina prison facility,” said Todd Ishee, Commissioner of Prisons. “He is a remarkable professional, with exceptional experience and the leadership skills needed to run the large, complex operation at Scotland Correctional.”

In his new position, Jacobs is responsible for all operations at the Scotland Correctional Institution, which houses close, medium and minimum custody male offenders.

The facility is a 1,756-bed, high-security prison facility located near the Laurinburg-Maxton Airport in Laurinburg.

A veteran employee to state government, Jacobs began his career in 1993 as a correctional officer at the former Cabarrus Correctional Center.

He then served four years, from 2014 to 2018, as the Director of the Robeson Confinement in Response to Violation Center, which houses and provides intensive behavior modification programs for those who have committed technical violations of probation, parole or post-release supervision.

He was born in Laurinburg and was raised in Raeford. His hobbies include hunting, fishing and other outdoor activities.