The Division of Adult Correction and Juvenile Justice has named Timothy Maynor as the new warden of the Catawba Correctional Center in Newton.

Maynor had been the associate warden at the prison since March of 2020. 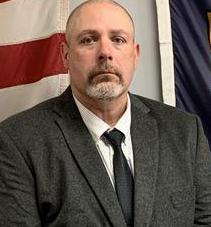 “Warden Maynor is an exceptional leader with almost two decades of experience in our prisons,” said Todd Ishee, Commissioner of Prisons. “He knows how to get things done and is a welcome addition to our team of wardens who work so hard to protect our communities with care and commitment.”

In his new position, Maynor is responsible for all operations at the prison, which houses minimum custody adult males.

Established in 1932, the prison was one of 61 field unit prisons renovated or built during the 1930s to house offenders who worked building roads. The prison's original housing unit with two dormitories was renovated in the mid-1980s.

Offenders at the prison are provided transitional programs such as Male Nurturing, drug and alcohol treatment, and high school equivalency tutoring and testing. Narcotics Anonymous and Alcoholics Anonymous support groups are also represented at the prison.

Eligible offenders may participate in the work release program, which allows them to be employed by private-sector businesses to begin their readjustment to the community and earn a wage that can be used to support their children and families, as well as to pay restitution. Numerous studies show offenders with jobs on their release are less likely to commit additional crimes.

Offenders may be assigned to a wide range of prison jobs that include kitchen, janitorial and housing unit maintenance. Eligible offenders may participate in a vocational program offered by Catawba Valley Community College.

A veteran employee to state government, Maynor began his career with the Department of Public Safety in 2003 as a correctional officer at Alexander Correctional Institution in Taylorsville.

He was promoted to sergeant at the prison in 2006, to assistant unit manager in 2010, to lieutenant later that year and to captain in 2014.

He has received advanced training in disciplinary investigations, incident reporting, PREA investigation, interviews, case management, food service, crisis intervention and in the use of shields and less-than-lethal munitions.

He has completed the Peak Performance training program and holds an Advanced Corrections Certificate.

His hobbies include umpiring, supervising and coaching youth athletics as well as restoring antique vehicles.