The Division of Adult Correction and Juvenile Justice has named Ronnie “Lane” Huneycutt as warden at the Alexander Correctional Institution in Taylorsville.

Huneycutt had been the warden at Avery-Mitchell Correctional Institution in Spruce Pine since August 2020. 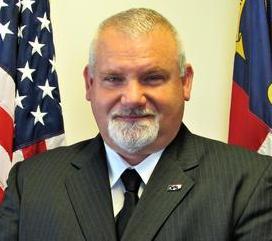 “Warden Huneycutt is an experienced warden with a proven ability to get things done and done well,” said Todd Ishee, Commissioner of Prisons. “He has a deep understanding of prison operations and demonstrates outstanding leadership and organizational skills. He now will lead a prison he knows well, having served there for most of a decade earlier in his career.”

In his new position, Huneycutt is responsible for all operations at the Alexander Correctional Institution, a male close custody facility that houses a complex offender population with specialized security, physical and mental health needs.

A veteran employee to state government, Huneycutt began his career as a correctional officer at Caldwell Correctional Center in 1996.

One of Huneycutt’s top priorities is to hire and retain high-quality staff members.

“We have jobs for committed people who are interested in a career in public service, protecting their communities and caring for the men in our custody,” he said. “These are critical jobs with benefits.”

Huneycutt is a veteran who served honorably in the United States Marine Corps. He graduated from Lake Weir High School in Candler, Florida.

His enjoys spending time with his family, as well as hunting, fishing and restoring classic cars.