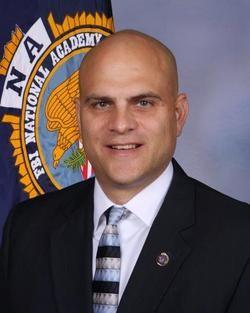 Department of Public Safety Secretary Eddie M. Buffaloe Jr. has named Matthew Rebuck the new director of Samarcand Training Academy in Moore County. As director, he will be responsible for leading the department’s premier training facility that provides basic, in-service, and advanced training for DPS law enforcement agencies, correctional officers, probation/parole officers and juvenile justice employees.  Rebuck comes to DPS from the Federal Bureau of Investigation, where his most recent assignment was as a supervisory special agent at the FBI Academy in Quantico, Virginia.

“Matthew’s experience with the Federal Bureau of Investigation as a supervisory special agent and team-leading instructor at the FBI Academy in Quantico will be a great benefit to our department,” said Secretary Buffaloe. “I look forward to the energy and vision he will bring to our operations at Samarcand.”

Rebuck began his law enforcement career in 1988, serving in the United States Air Force Security Police until 1993. After his enlistment, he served as a campus police officer for the University of New Mexico. In 1995, Rebuck became a police officer in Portsmouth, Virginia and attained the rank of sergeant in 1999.

Rebuck joined the FBI as a special agent in 2002. He gained field experience on numerous assignments including postings to the Baltimore Violent Crime Task Force, the Baltimore Joint Terrorism Task Force and as a resident agent in the Bel Air Resident Agency in Maryland.

In 2017, Rebuck was promoted to supervisory special agent and transferred to the FBI Academy in Quantico, Virginia, where he served as a core faculty member instructing new agent and analyst trainees. In January 2018, Rebuck achieved his goal of returning to the National Academy as a member of the Executive Programs Instruction Unit.

Rebuck served 18 months as the acting unit chief supervising the unit that delivered the National Executive Institute, Law Enforcement Executive Development Seminar, National Command College, and several internal leadership training programs, as well as the instructors for the National Academy and the program managers of the Law Enforcement Bulletin.

Rebuck holds a bachelor’s degree in organizational management and development from Bluefield College and a master’s in public administration from Capella University. He is currently pursuing a doctoral degree in strategic leadership from Liberty University.

Rebuck will begin his new position on May 16.