The growing misuse of opioid drugs in the United States is well-documented. It can be particularly problematic for individuals who are under probation, parole and post-release supervision.

“We’re three years into this pilot program and it’s clear that it’s helping,” said Karen Buck, evidence-based practice administrator in the Division of Adult Correction and Juvenile Justice. “The use of drugs and alcohol declined among all participants. Their housing became more stable and more participants were employed after six months.” 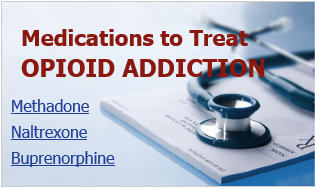 The pilot program makes funding available for treatment, including the FDA-approved medications used to treat opioid use disorder. Removing that barrier allows a probation officer to address both public health and public safety concerns by getting people into treatment immediately. Once on the road to recovery, those receiving treatment can rebuild their supports, enter the workforce and eventually become self-supporting.

Medication Assisted Treatment combines medication, formal clinical treatment and recovery support services. It is often the best approach for opioid addiction.  All FDA-approved medications are available to participants, including naltrexone, buprenorphine and methadone. Each individual is assessed to determine which medication will best meet his or her needs.  The clinical services in the program include group, family and individual counseling, as well as intensive outpatient treatment.  Additionally, career counseling, transportation and peer mentoring are available.

“The program offers a nonjudgmental alternative for treatment without the stigma commonly associated with substance use,” said Chief Probation Officer Keith Absher. “If one life is saved, we are moving in the right direction.”

"Since starting the MAT program, I have seen individuals who once did not have the opportunity to take part in medication assisted treatment thrive in the world of recovery," said Probation Officer Anna Knapp from Wilkes County.

The program is currently operating in Iredell and Wilkes counties and has assisted 294 individuals.

Findings are presented below for 116 individuals who were interviewed six months following enrollment in the program. 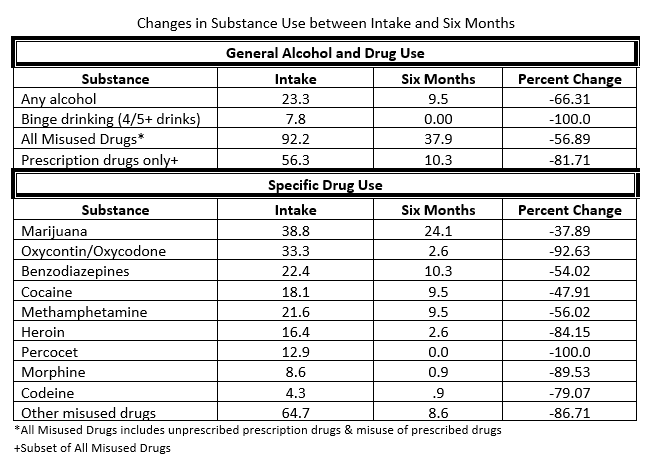 Participants showed improvements in functioning at six months. The percentage experiencing depression, anxiety and problems with memory and comprehension, decreased between intake and six months.

Substance misuse and criminal activity are strongly correlated. Therefore, breaking the cycle of addiction can pay community-wide dividends. Not only does it reduce substance use and maladaptive behavior, it reduces the risk of re-offending by those under supervision, improves their health and increases public safety.

“I have an offender whose first drugs screen with MAT were positive for codeine, heroin, morphine and fentanyl,” said Probation Officer Aaron Cyr. “Since being in the MAT program for about a month, she has been clean every week and has only tested positive for the suboxone for which she is prescribed.”

“You are the first person to care. I really appreciate your help with my addiction. Thank you for referring me to the MAT program. It changed my life.” – MAT program participant.

“The clinic saved my life. Without this program I would still be out on heroin.” – MAT program participant.