As part of ongoing reform efforts, the Division of Adult Correction and Juvenile Justice will temporarily suspend operations at three minimum custody facilities and move correctional officers and other staff to neighboring prisons to address staffing challenges. This action is intended to better utilize available staff and ultimately make state prisons and communities safer. 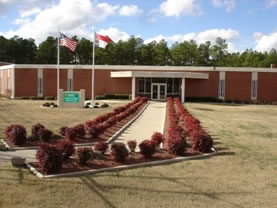 The statewide average correctional officer vacancy rate for August was estimated at 21 percent. This level of staffing impacts operations and limits the ability of staff to take leave and attend training. Staff vacancy rates also negatively impact the delivery of offender programs.

In the near future, the operations at Hoke Correctional Institution, Raeford; Tyrrell Prison Work Farm, Columbia; and Odom CI, Jackson will be suspended for the purpose of deploying staff to neighboring prisons with high correctional officer vacancy rates. The temporary suspensions will occur in phases, with Hoke CI being the first.

The redeployment of employees to nearby facilities and the moving of offenders to other minimum custody facilities statewide will happen in phases over the next few months. The agency will re-evaluate the three facilities’ status six months after the suspension of operations occur at each location.

“Prison administration has researched the suspension of operations at select facilities to counter the effect of an increasing employee vacancy rate on facility safety and security,” said ACJJ Chief Deputy Secretary Tim Moose. “We will continue to explore all options to aid in reducing vacancy rates and keeping our employees and communities safe.”

Other changes that will take place over the next few months include:

“Employees will be temporarily reassigned to help their colleagues at facilities with high vacancy issues,” said Commissioner of Prisons Todd Ishee. “We value our employees and our goal is to reassign staff such that the temporary reassignments are accomplished with minimal disruption to families.”