Bertie Correctional Institution offender Jeffrey A. Jacobs (#0684801) has died after an apparent suicide.

He was found unresponsive in his cell around 6:18 a.m. today. The prison’s first responders performed lifesaving measures until local paramedics arrived who also worked to resuscitate the offender and pronounced Jacobs deceased at 6:48 a.m. 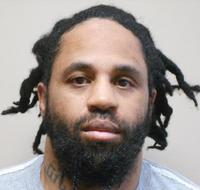 Law enforcement was notified of the death and is investigating, as is common in these circumstances. The Department of Public Safety is cooperating fully in the investigation and is also conducting its own investigation.

Jacobs, 43, was serving a life sentence for first degree murder after being convicted in Johnston County. He was admitted to prison on Sept. 12, 2002.