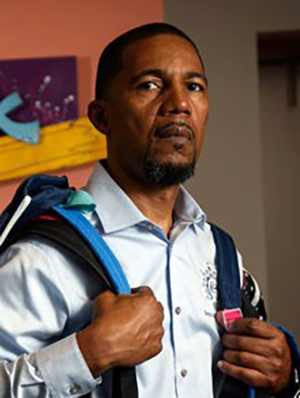 Community Activist
Mr. Brooks is the owner and operator of 1225Traces located in Fayetteville.  In addition to being a professional barber for 25 years, he is also the Founder and Director of thegroupTheory, Inc., a 501(c)3 foundation that hosts community events such as the “Gotcha’ Back” School Kickoff.

Brooks is passionate about building community partnerships that provide vital information, insight and motivation to today’s youth to increase their involvement in the community and elevate their education.  Brooks has served in a variety of capacities for the Fayetteville/Cumberland Human Relations Commission, Fayetteville State University Southern Murchison Road Corridor Improvement Board, Crime Stoppers, and Cumberland County Workforce Development Board. He is currently serving as the Youth Committee Chair for Workforce Development. 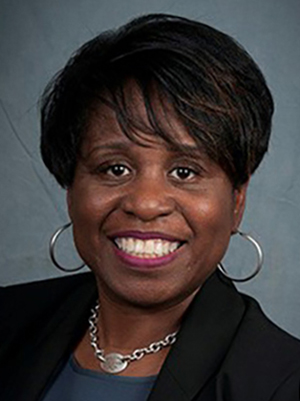 Her research has focused on crisis intervention of university students experiencing mental health concerns, the pedagogical impact of online education, juvenile justice and community corrections. In 2016, Davis received the Department of Criminal Justice Outstanding Teacher of the Year Award. In 2017, she received the Fayetteville State University Public Service Award and the Institute of Community Leadership Certificate of Achievement. 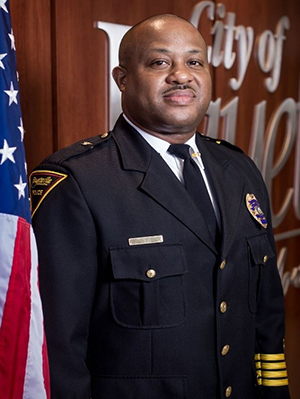 Kelly has been with the Fayetteville Police Department since 1995 and risen through the ranks from patrol officer to interim chief. He holds a bachelor's degree in criminal justice from Fayetteville State University. Kelly graduated from the West Point Leadership program, held at Methodist University, in 2010 and the FBI National Academy in 2013. 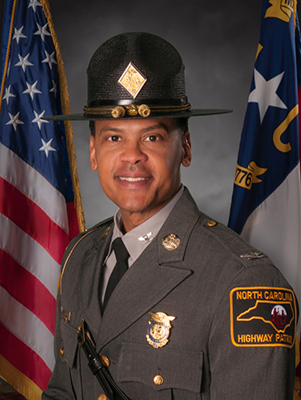 NCSHP commander
Gov. Cooper appointed Col. Glenn M. McNeill, Jr. as commander of the State Highway Patrol in February 2017. A military veteran, McNeill began his service as a state trooper in 1994. During his law enforcement career he has served in various positions, including the Special Operations Section, as the troop commander and, upon his promotion to major in 2014, as director of training. With oversight of the State Highway Patrol Training Academy, McNeill was responsible for all aspects of training from basic law enforcement to telecommunicator schools, in-service training, and specialized training courses such as firearms, defensive tactics, driver training, radar and training for civilian support personnel, as well as supervisors.

A native of Reidsville, McNeill holds an associate's degree from Durham Technical Community College, a bachelor's degree from Mount Olive College, and graduate certificate from the University of Virginia. He is also a graduate of the Administrative Officers Management Program and the National Academy at the Federal Bureau of Investigation, in Quantico, Va. McNeill is a member of the International Association of Chiefs of Police and the N.C. Police Executives Association. 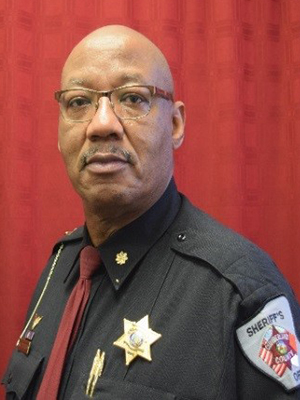 Major Peterson retired from the United States Military (Army), with his last assignment being at the Army Intelligence and Security Command in Fort Bragg.  He served honorably for twenty-two years. During his military career, Peterson attended the University of Maryland, the University of Pemberton and Texas State University.

Before retiring from the Army, Peterson graduated from basic law enforcement training at Fayetteville Technical Community College.  He was then hired as a reserve deputy by the Cumberland County Sheriff’s Office.  After joining the sheriff’s office full-time, he worked his way up from road patrol deputy to his current rank as major. Peterson is certified as a law enforcement instructor and has received his advance law enforcement certificate as well as the advanced service award.

Peterson is a member of Savannah Missionary Baptist Church in Fayetteville where he serves as the trustee and usher chairman. 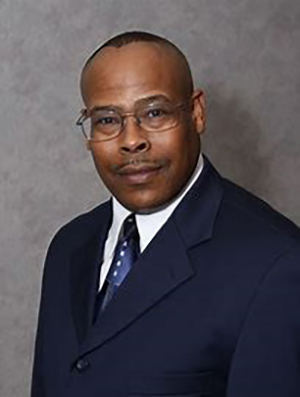 Rowden retired from the United States Military (Army) after serving honorably for 23 years. He received a bachelor’s degree in theology from Zoe University in Jacksonville, Florida; a bachelor’s degree in sociology from Fayetteville State University; and both a master’s degree in divinity and a doctorate in theology from North Carolina Theological Seminary. Rowden previously served on the Board of Directors for the Cape Fear Hospital Clergy Pastoral Education program (CPE) teaching over 30 pastors and clergy in the region. Currently, he serves as the community liaison for Cumberland County Schools and as chaplain for the Cumberland County Sheriff’s Office where he provides spiritual support to over 350 sworn deputies, detention officers and civilians. Reverend Rowden has been servant leader of Savannah Missionary Baptist Church of Fayetteville for the past 18 years. 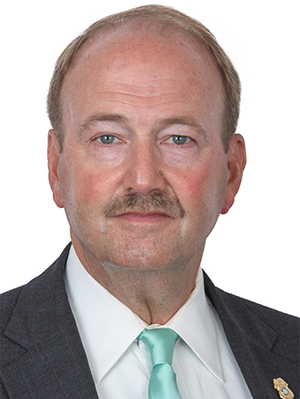 Schurmeier spent 21 years in the upper command ranks of the Charlotte-Mecklenburg Police Department, serving as Deputy Chief of police for more than 11 years and as Interim Chief of police for six months.  Schurmeier gained experience in all four major commands of the department, but spent most of his time in the Patrol, Investigations, and Vice and Narcotics Divisions.  While at CMPD, he was an active member of the North Carolina Police Executives Association and the North Carolina Chapter of the FBI National Academy Associates.  He served as president for a time, for both associations.

Schurmeier has more than 3,000 hours of law enforcement training.  He is a graduate of the Senior Management Institute for Police, the FBI National Academy and the Secret Service Dignitary Protection School.

After a full career with CMPD, Schurmeier co-founded US ISS Agency LLC -- a security and investigative consulting business in Charlotte.  With others, Schurmeier grew the business to a successful enterprise with offices in Huntersville, N.C., Charleston, S.C., and Miami, Fla.  The business was established on the foundation of integrity, knowledge and experience.